Over his 8 year career, Ryan has developed a diversified background due to the nature of his involvement in Next Life Medical or Oleksy Enterprise projects.  Additionally, Ryan has acquired multiple skill sets as an avid volunteer contributing to his community.

Prior to Emergent, Ryan was employed by Resources Global Professionals (RGP); previously a division of Deloitte & Touche consulting, where he was assigned to re-engineer a 400-Million-dollar information systems spend for a Fortune 300 company.

Prior to that, Ryan was Director of sourcing and manufacturing operations for Healthsense Inc., a leading provider of remote monitoring services that deliver timely, accurate health and safety information for senior living communities, managed care and home care organizations based in Minneapolis MN.  Ryan was responsible for all aspects of the supply chain, including supplier selection and management, operations and fulfillment.

Both professionally and as a volunteer, Ryan is an active member within the emergency responder community, with nearly a decade of training and real-world experience within the emergency medical response arena.  Ryan is a certified Emergency Medical Responder (EMR), and a volunteer firefighter for the Hamel Fire Department, serving the city of Medina, a suburb of Minneapolis.

Ryan has been a training coach at events developing the next generation of emergency medical responders and has been actively involved in numerous training events for agencies including North Memorial Hospital mass casualty; Opportunities in Emergency Care (OEC); Minneapolis Weapons of Mass Destruction SWAT Team; Minneapolis West Metro law/fire active shooter response team. Additionally, Ryan is trained on FEMA’s National Incident Management System (NIMS), and has experience operating within it.

Oleksy is known by colleagues as a creative problem solver and entrepreneur resulting in 2 patents before graduating from college.  Ryan has a passion for creating value by driving results across value and supply chains in multiple industries. Ryan is certified in NIMS, NFPA/ OSHA 2012 Standard for Hazardous Materials operations, in addition to having a certificate in counter terrorism (Domestic) and identification from ATAB.

Ryan is a graduate of the University of North Dakota 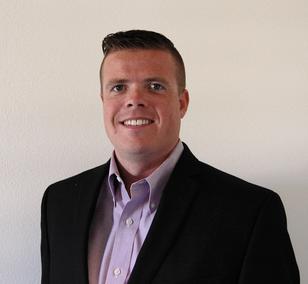 Christopher Oleksy  is Co-Founder and CEO of Next Life Medical, a firm co-founded with his son Ryan Oleksy in 2011.  Additionally, Chris is currently CEO of Emergent Respiratory, an Emergency CPAP company Next Life Medical acquired in July, 2016.  Emergent is known for its widely recognized CPAP device known as the PortO2VentTM

Previously, Chris was President of Integra Biotechnical, now Providien Medical, a vertically integrated medical device contract manufacturing company providing a full range of supply chain services such as injection molding, assembly, packaging, and sterilization management for Class II and Class III devices. Prior to that, Chris served as President of ATEK Medical which became one of INC. Magazine’s fastest growing healthcare companies and selected as one of West Michigan’s “Best and Brightest” Companies for 5 consecutive years. ATEK Medical was acquired by Vention Medical in 2011. Prior to ATEK, Oleksy held several executive supply chain management positions within Medtronic Inc. and previous to that, Dow Corning Corporation.

Oleksy is known as a supply chain pioneer and thought leader who has developed, authored, presented, and successfully implemented customer-focused value chain thinking for over 30 years. He was one of the founding authors of the global, industry ANSI standard, Supply Chain Operations Reference (SCOR) Model facilitated by PRTM and AMR; developed the proprietary OE-Tier5TM models to help organizations align their business models across the supply/value/care chain; writes articles for numerous publications; is sought out regularly by media and other colleagues as a trusted value chain configuration expert and presents at conferences worldwide.  Chris is a member of the editorial advisory board of Medical Product Outsourcing (MPO) magazine, APICS CPIM Certified, and a Graduate of the Kelly Business School, Indiana University. 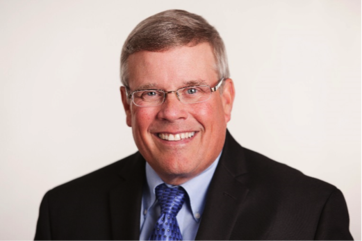